Everything You Want It To Be

Everything You Want It To Be 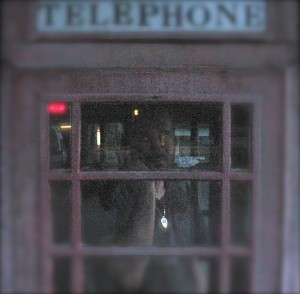 Someone recently wrote to me and asked what the hell happened to the black swan lane blog.  That was a great question. I have been posting some thoughts attached to the song of the month, but nothing on the BSL blog.  After the 8,500 Mile trek across the country, I completely neglected my blog.  I should be slapped, but I have some really good excuses.  First and foremost, I needed some rest.  Pulling the duties of musician, organizer and accountant on the road, along with the occasional friction between my talented musical buddies, took a big toll on my strength and sanity.  The financial losses on the road were much more massive than expected and hard to just shake off.  Shaking and rattled couldn’t even describe how I felt.  Shortly after the tour was over and everyone flew home to the U.K., I was out alone on the lake and about to turn in for the night.  I’m not really sure what happened next, but I completely lost it.  The world was completely spinning and I felt alone and isolated for the first time ever.  I’m not exactly sure if I was still in motion from the month long tour bus ride or maybe I was just missing what I couldn’t wait to get away from.  It is always hilarious when you crave something and then in the middle of it, wonder why the hell you are doing it.  Could I really be missing being crammed in a bus with ten other men?  Possibly, yes.

Anyway, things went down hill and got worse from this point and I am currently hoping 2012 will improve greatly before the Mayan calendar ends.

For the last few months, I have only left my home a handful of times. Luckily, the BSL primary studio is at home.  I have been in and out of doctor’s offices and hospitals attempting to cure a bacteria infection I picked up in my leg.  I have been poked and prodded and cut on incessantly and have been on heavy antibiotics for months.  I have also tried every natural / herbal approach possible in hopes of getting back to my normal active schedule.  The Internet has educated me into a quasi herbalist of sorts. I have changed my diet and kicked caffeine out.

Yes, I still smoke, but I have cut down considerably.  I have lost 22 pounds and am back at my college weight. I am currently waiting to see another specialist and headed for one more surgery.

In between hospital visits and when I have felt well enough, I have been working on a lot of material for a new Black Swan Lane record.  At first, it was very difficult.  Complete writers block.  And it lasted a while.  For about a month, I thought I had done everything I could think of doing on the last few records and the hope for something new was fading quick. How could I top the last two records? It seemed very unrealistic.  All of a sudden, however, music started pouring out of me.  I now have fifteen tracks to go to mixing with and I am very hopeful they are going to be great!

I also came back to the blog after I recently listened to our track, Everything You Want It To Be, off our last album.  (I rarely listen to our older stuff, as I am constantly listening to our new demos to see if they are tolerable or not after about a hundred listens.)  This great track inspired me and reminded me what is important in life, what to focus on and what to never take for granted in life. It is amazing how one’s priorities can drastically change after a health crisis and life-changing event.  I took my friends and family for granted and took the simple things in life for granted like just going for a walk around a park.  I was also previously focused on giving back to everyone else and had, in the process, neglected myself. My physical and mental state of mind was completely shot. Although I have been somewhat down, my sense of spirituality, existentialism and craving for life have shifted into a higher gear. Hopes for fame and notoriety have been substituted by my longing to see my son grow into a man.  If shit’s going to happen, then it will happen. My previous unhealthy enthusiasm into politics and current events has turned into a passion for health, life and world peace.  Why people want to continue to fight and fuck with each other is still beyond all reason and comprehension. Maybe public service announcements should focus more on the beauty in the world, the wonders of life and how to be fucking nice to everyone! Most of all, make life everything you want it to be.

I have been blessed by the outpouring of well wishes, gifts and letters from friends and fans as well.  There were many dark days that were made so much better by so many of you.  You know who you are… I am humbled and very thankful for such amazing friends.

I have a clearer perspective on things and I am now a bit more optimistic about this year.  I have several projects ahead of me.  Shortly, I am going to start work on the recording and production of Andy Whitaker’s (The Sun and the Moon) solo album.  Mixing and mastering the BSL record is high on the agenda and we are also working on getting some more of our music on television.  Fingers crossed.  We are also working on music for a great documentary called, Kids of the Gulf, about the BP oil disaster in the Gulf of Mexico.

If our new album is successful, we may look at another tour.  I may get more than one bus next time…

2 Comments for Everything You Want It To Be

We all fall down Jack…i know it took a considerable amount of pain and suffering for you to see a clearer picture…i can say i identified with you statement about feeling completely alone, and honestly, i believe it was a breakthrough

I am wishing you the best, always

I know you have many many more years of creativity and beauty to share with the people that love and adore you and Black Swan Lane, i for one…am grateful you are, who you are

Take care of yourself Jack…you’re one of a kind…and yes, you are truly blessed

How can anybody follow after what Corinne wrote? Beautifully said Corinne.

I first heard/saw BSL when you opened for Ian McNabb a couple of years ago here in Atlanta. Since that night, I don’t think a day goes by when I don’t hear at least one of your songs. I can’t wait to hear and feel what you come up with next. BTW, I’m still holding my breath for that day when you release those rare songs; you know, what they used to call B-sides a long time ago when we all bought vinyl.

Love and Light to you Jack, and prayers for a quick recovery!