A Moment Of Happiness Press Release 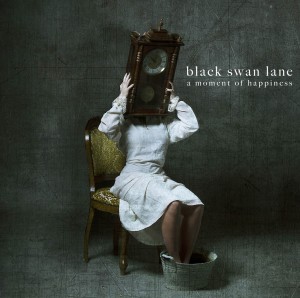 A Moment of Happiness from Black Swan Lane

[Atlanta, Ga] – Wanderland Music Publishing and Black Swan Lane are excited to announce the pending release of their sixth album “A Moment of Happiness.” This fall, the release will be available everywhere.

A Moment of Happiness takes the textured sound and true emotion that fans have come to expect from Black Swan Lane – and adds pure adrenalin. The release opens with “DNA”  – it grabs the listener by the hand, challenging them to understand those thoughts they try to hide. It invites a transcendence from  the intimacy of immediate response through realization of eternal consequence and “infinite space.”

Black Swan Lane’s last album The Last Time in Your Light was chosen by Brett Spaceman of [sic] Magazine, as his number one pick for releases in 2013. In his review of the release, he offered: “this is a great album, probably BSL’s masterpiece, its chief triumph being the stark, chilling contrast between words and music. Sensitivity and insecurity may be in evidence all over the lyric sheet but the arrangements stand proudly, full of confidence. The Last Time In Your Light is the best BSL have ever sounded. I was in shock the very first time I heard it and probably never quite recovered How can songs sound so majestic and be so heartbreaking at the same…”

Black Swan Lane can be found at www.blackswanlane.com