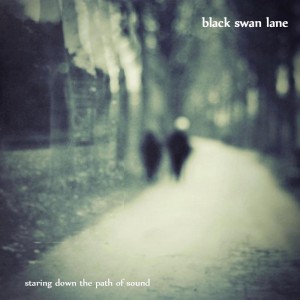 Staring Down The Path Of Sound is officially done…

It’s been about a year since the release of our third recording, Things You Know and Love, and we have just completed our fourth full length album in the studio. Staring Down The Path of Sound will be released at the beginning of August 2011 and we have spent more time recording and mixing this one than any other album in our history. After mastering, I felt a bit melancholy about the whole thing. After all, we cut a total of 19 tracks off this one and although we are left with 15 great songs, I kept wondering if we made all the right decisions. The end of the recording process is always a bit of a relief as well as fulfilling, however, it is something you can also miss deeply. The completion of each track, as well as the entire album, creates a “high” that isn’t easily explainable.

I also wanted to express sincere gratitude to our wonderful friends and fans from around the world who contributed artwork and ideas for the new record. Your friendship will never be forgotten and we are touched by what was sent in so far. It was extremely hard to choose from several submissions and from our own photographs…We have, however, selected to utilize artwork from a very talented, young artist in France named, Julie de Waroquier. Her photography immediately grabbed our attention and invoked feelings that made us think her pictures were perfect for the title we gave our album.

The master disc has been sent to production, the artwork has been submitted and now we wait anxiously. I sincerely hope everyone enjoys the direction and feel of the music about to come out. July 1st,we will post one of the big singles off the new record, so you can feel it and help spread the word about BSL.

i cant’ wait! i know this will be an amazing release. congratulations on another brilliant creation!

I’m sure the deep cuts were hard to make, but the fab 15 will sure to please your awaiting fans.

congrats you guys! cannot wait to hear what yall have created… im sure yall chose the best of them all…. yall are extremely talented musicians are the best to choose what portrays your band and the tone.yall wanted to set…. i have no doubt it will be a fav of mine and am very thankful to have been a part of yalls lives…. best always and may all your dreams come true! keep reaching…your star is up there 🙂 have faith.

I can’t wait, the picture on the cover of the new album is promising…..Jack your voice is fucking amazing !

Too many compliments too liltte space, thanks!