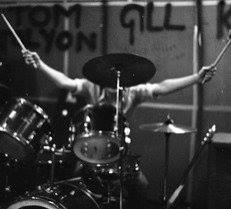 There are a lot of Black Swan Lane supporters, but there are a handful of people who have tirelessly promoted our band, and Kelvin Knight was one of those people. Kelvin played, lived and breathed music and he genuinely wanted to help bands he felt an emotional connection with and wanted nothing in return. As of late, in addition to his admiration for BSL, he has been promoting some great UK bands – Esper Scout, Lazy Eye and The New Southern Electric. He had severe health problems for years, but came alive when he was able to connect to a certain song or band. He was also humble and showed true appreciation for the help that was sent his way which made us like him even more. He represented us and shared our music without even asking because he said he felt insanely passionate about it. He named two Black Swan Lane records, Album Of The Year and talked us up on a regular occasion. Our fifth album, The Last Time In Your Light, which Kelvin and NMB named Album of the Year, was supposed to be our last album, but he was one of a few that insisted we keep going. For all of you BSL fans, it is partly because of Kelvin that we are still making music…

As some know, I test out new songs on people from time to time. Recently, I sent him a new track to feel out. Kelvin said, “It is fucking brilliant and would be even better with real drums and without the drum machine!” I explained that it was actually me in the studio playing the drums! (Before we landed Jason) He said, “well, take that as a great compliment, mate!” Our skype sessions and email exchanges were typically about how much he connected to BSL, but I usually changed the conversation to a dual on who feels worse these days and who had what procedure done. He won that debate. Our connection and love for The Chameleons UK was also a big topic of conversation. He made light of his diagnosis & condition and seemed very strong, even though I knew he was weak. I’m gutted that I neglected to check up on him this week and I’m still shocked he has left us. His last transmission was wishing us well before our concert a couple of weeks ago.

I got this note today from our mate in Didcot, Steve Clare – “he absolutely adored you, the band and of course Tara….his enthusiasm was relentless and even as late as a couple of weeks ago we were talking about our dream of seeing you, helping to fund/promote BSL in Europe….and his stories, fuck me, he had me crying with laughter mate….he was as daft as a brush….but so loyal, genuine and grounded….I miss him already….what a shit week x.”

We are working hard on a 7th release and I plan on dedicating it to his memory.

More on Kelvin below:

“Delta 5 were, perhaps, the epitome of post punk. They were a two bass guitar driven, 3 girl/2 boy outfit from Leeds who managed to break all the Trad Rock rules and create a brave new pop that was beloved of the John Peel listeners of the time but strangely sounds like an almost mainstream pop these days as the rest of the world finally catches up. Their dislocated dance was fantastic. I saw them support fellow Leeds band Gang Of Four on tour in 1980 and they were great live. Their words had meaning and their songs were intelligent but still had a spiky, punk energy and a taut British funkiness. They also made the two bass thing work, with those two basses covering top and bottom creating a really supple, elastic modern sound. On top of this, of course, that slashing guitat thing that was so key at the time dropping in and out and leaving space for those great defiant girl vocals that were so perfect.”