[SIC] MAGAZINE 2017 REVIEW OF UNDER MY FALLEN SKY

Coming in from the cold. 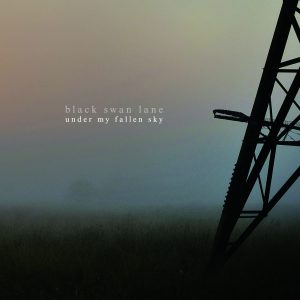 Black Swan Lane return with their first long-player since 2014 and it has been a challenge for some fans to keep a lid on expectations. We’re talking Blade Runner 2049 levels of anticipation here. Would such feverish echelons be met? Read on, but if you just want the three word review:_

Black Swan Lane have always explored the boundaries between shoegaze, dreampop and post-punk. Along the way they’ve drawn comparison with some of Manchester’s most iconic acts. In their DNA you’ll find the passion of James, the craft of The Smiths and the poetic reverie of the band to which they are most often compared, The Chameleons. Yet Under My Fallen Sky feels like a culmination of BSL’s career to date. When last we caught them, on the ironically titled A Moment Of Happiness, the Atlanta act appeared to be in a fugue-like state, weighed down by all manner of issues. The latest record is warmer and more welcoming. Lyrically, there’s continuation of familiar themes whilst musically the band recapture that yearning optimism of their earlier works. This album shines. Its ‘full band’ arrangements sound fantastic. We often focus on John Kolbeck‘s intricate guitar playing and Jack Sobel‘s sulfurous vocals. Normal enough, as they are the two ‘ever-present’s of the band, however, this time around the rhythm section really comes through. We could get lost in this music but I suspect we’d be safe. Drums guide us. Bass holds our hand, telling us everything’s going to be fine.

Under My Fallen Sky is the first BSL album in ages that hasn’t felt final.

It is also accessible. There are hooks everywhere – witness the motoric propulsion of ‘Pause’, or the dynamic surge of ‘On Your Command’. Little touches often make the difference, (gunshot overdrives, vocal double tracking, etc.) More than that there’s an overall sense of confidence, perhaps stemming from the realization that something is really coming together here. Fans of the recent output needn’t worry though. You’ll get your deep cuts. ‘Trust’, with its ‘Atmosphere’ power chords could be a modern descendent of Bowie’s‘Heroes’ while ‘Valentine’ conjures a seductive ‘noir’. Ultimately ‘Behind Your Window’ will provide the softest of landings, recalling the oceanic majesty of Kitchens Of Distinction but not before ‘Golden Black’ makes a compelling case for recognition as the true, heart-pounding climax of this album.

Although post-punk and shoegaze have enjoyed resurgences of late, it is a source of sadness to many that The Chameleons heyday remains some three decades ago. However, instead of lamenting the passing of that legendary band I think we should be cherishing BSL. Under My Fallen Sky is a powerfully coherent piece of work. With it Sobel’s band has achieved, in respect of The Chameleons legacy what Blade Runner 2049 so spectacularly accomplished for its 1982 original, – namely a true and worthy successor. Against all the odds, despite a different visionary at the helm this is recognizably the same universe, epic, expanded and hauntingly beautiful.

“It’s been a long time Jack.
Welcome back.”

Under My Fallen Sky is released officially November 21st. Preorders are shipping now.